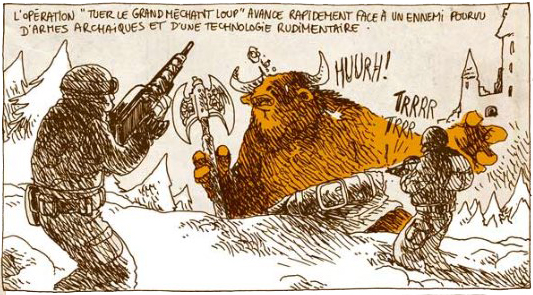 So there was a porcupine tree, frogs and princes, adventurers in Middle-Earth, Nazi Uebersoldaten and some nerd in a red and blue costume. Oh, and Mister Garibaldi, too.

Quite a packed week-end, I tell you!

Last week-end, I bought Stars Die, the latest from Porcupine Tree. “Latest” may not be the best way to describe it, as it’s a compilation of their early efforts. I don’t know how it compares to what they do now, as it’s the first Porcupine disc I get, but I kinda like it. Porcupine Tree can be labeled as progressive rock, the kind of music you never hear all the time on the Radio. The two-disc set packs a weird cross between early Peter Gabriel, Pink Floyd and Ozric Tentacles. Mostly instrumental, with some pieces over ten minutes. Gotta find some more!